You are here: Home1 / Understanding MPN2 / What are MPNs

We also recommend this excellent illustrated overview of MPNs with thanks to MPN Voice in the UK. 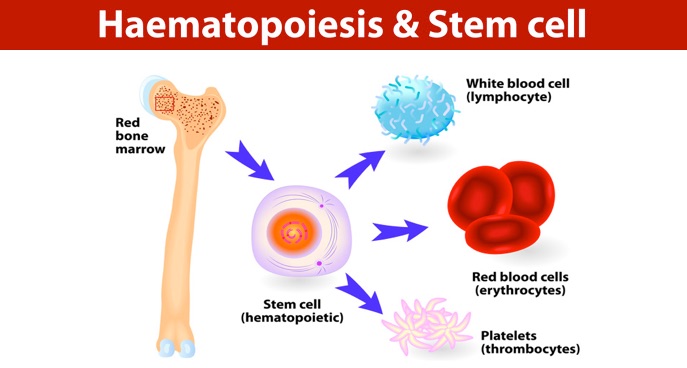 What are Myeloproliferative Neoplasms (MPNs)?

There are different types of MPNs, diagnosed using blood tests and a bone marrow biopsy.  The World Health Organization (WHO) defines the subtypes of MPNs based on:
• Blood count results: the type and numbers of high blood cells (cytoses)
• Bone marrow results: which and how many types of blood cells in your bone marrow have abnormal size, shape or look (dysplasia)
• Genetic mutations.

Your haematologist will determine which subtype you have, and the right treatment for you. Your type of MPN may change over time as your disease progresses or transforms.

Symptoms depend on which type of MPN you have and some people have few if any symptoms and their diagnosis is incidental. However some common symptoms include fatigue, weakness, weight loss, enlarged spleen (splenomegaly), bruising and bleeding, night sweats, and bone pain.

In most cases we don’t know what causes MPNs.  In many patients an acquired driver mutation (alteration) in the genetic material of growing blood cells can be identified. There is no way to prevent MPNs and you can’t catch an MPN.

Who gets an MPN?

Most people with an MPN have no family history of the disease. MPNs are more commonly diagnosed in people over the age of 50 with the average age being 68, although an MPN can rarely occur in younger people, even very rarely in children.

In most cases, there is no known specific cause of an MPN.  Gene mutations in cells happen all the time. Healthy cells have clever ways of stopping them from causing problems in the body. But the longer we live, the more chance we have of mutations growing or escaping these safeguards. That’s why MPNs are more common in older people.

Why a particular person at a particular time develops an MPN is not really known. But some factors can give some people a higher risk of developing an MPN.  Known risk factors include:
• Ageing because the risk of developing genetic mutations increases with age.
• Long-term exposure to high levels of benzene or very high doses of ionising radiation can affect bone marrow stem cells and the bone marrow microenvironment.
• Sometimes families have more than one member that has a certain type of MPN. This is called familial clustering. It is not very common. These family members usually have the same gene mutations.

There is emerging research in the UK and the US based on whole genome sequencing suggesting that an MPN mutation arises in a single hematopoietic stem cell decades before the MPN diagnosis, possibly in utero.
For more information, we recommend two videos from UK haematologist and researcher Dr Jyoti Nangalia who played a crucial role in this research. Her videos explain recent findings on the origins of MPNs and timing of the mutations.
Her videos are HERE.

What are the different types of MPN?

PV, ET and MF are closely related diseases, so it is not uncommon for people to have features of more than one of these diseases when they are first diagnosed, or during the course of their illness. In some cases, one of these diseases may transform over time to another. All myeloproliferative neoplasms can transform into a type of leukaemia called acute myeloid leukaemia (AML), although this is rare.

There are a few other very rare types of MPN which aren’t able to be covered by this website, however further detailed information is available in the Leukaemia Foundation’s MPN booklet (2021).

How common are MPNs?

In PV, the bone marrow makes too many red cells. These cells build up in the bone marrow and in the bloodstream.
The blood becomes thicker than normal. Many people with PV also make too many platelets and white blood cells.
The extra blood cells may settle in the spleen and make it swell (called splenomegaly). They can also cause bleeding problems and lead to clots forming in blood vessels. Clots increase the risk of stroke or heart attack.

For some people, PV does not change for long periods of time, often many years. PV can transform over time into another type of MPN called post-PV myelofibrosis. Very few cases of PV (just over 2% in the first ten years) transform into acute myeloid leukaemia. Because of the high numbers of red blood cells circulating, people with PV may have a red face, red palms of hands, soles of feet, eyes and ear lobes.

In ET, the bone marrow makes too many platelets. Platelets are normally needed in the body to control bleeding.
Too many platelets can lead to abnormal blood clotting which can cause serious complications by blocking the flow of blood through the blood vessels. In addition to blood clotting (vascular and thrombotic events) some patients have abnormal bleeding and an enlarged spleen (called splenomegaly). Sometimes the liver may also be enlarged (hepatomegaly).

For most people, ET does not change for long periods of time, often many years. ET can transform over time into another type of MPN called post-ET myelofibrosis. Very few cases of ET transform into acute myeloid leukaemia.
You may have no symptoms when you are diagnosed with ET.  Many patients are under ‘watch and wait’, monitoring blood counts until they change.
Symptoms of ET include:
• tingling or burning in the hands and feet
• headache
• visual problems
• weakness
• dizziness
• weight loss.

Treatment goals for ET are to prevent serious health conditions and to relieve symptoms. Treatment may include oral blood thinning medication and cytoreductive (reduce blood cell counts) therapy. Plateletpheresis (removal of excess platelets in the blood) may be done to reduce platelet count. You can find more detail about ET in the Leukaemia Foundation’s MPN booklet and more detail about treatments in the MPN AA’s treatment section.

Primary myelofibrosis is a disorder in which normal bone marrow tissue is gradually replaced with a fibrous scar-like material. Over time, this leads to progressive bone marrow failure. Under normal conditions, the bone marrow provides a fine network of fibres on which the stem cells can divide and grow. Specialised cells in the bone marrow known as fibroblasts make these fibres. In myelofibrosis, chemicals released by high numbers of platelets and abnormal megakaryocytes (platelet forming cells) over-stimulate the fibroblasts. This results in the overgrowth of thick coarse fibres in the bone marrow, which gradually replace normal bone marrow tissue. Over time, this destroys the normal bone marrow environment, preventing the production of adequate numbers of red cells, white cells and platelets. This results in anaemia, low platelet counts and the production of blood cells in areas outside the bone marrow for example in the spleen and liver, which become enlarged as a result.

People with PMF have a 10-20% chance of it progressing to acute myeloid leukaemia, higher than the other types of MPN.
Most people have no early symptoms. Many have symptoms of anaemia at diagnosis.
Symptoms of PMF include:
• pain or sense of fullness in the upper left belly
• weight loss
• fatigue
• shortness of breath
• bleeding or easily bruising
• fever
• night sweats
• itchiness (especially after a warm bath or shower)
• flushed face.

Treatment goals for PMF are to improve symptoms, reduce enlarged spleen, and improve blood counts. Treatment may include blood or platelet transfusions, cytoreductive (reduce blood cell counts) therapy, other medicines such as JAK inhibitors and rarely, splenectomy (surgery to remove the spleen). Stem cell transplant may be an option for younger patients.
You can find more detail about PMF in the Leukaemia Foundation’s MPN booklet and more detail about treatments in the MPN AA’s treatment section.

This type of MPN includes any cases that have features of MPN but don’t fit into any other subtype. Symptoms, treatment goals and
treatments vary depending on the features the person has.

If you are after information about MPN guidelines or recent articles on MPNs, our MPN guidelines and key articles page provides links to these as well as several MPN conference overviews.